A visit to the city of York in England is always a pleasure. It is a beautiful city and rightfully one of the most visited destinations in the United Kingdom.

For architecture York is almost incomparable; Medieval, Georgian, Victorian buildings provide a feast for those who appreciate the long architectural history of Western Europe. Many of the buildings are still in active use as cafes, shops and local government offices. The city walls provide a fascinating walk. In particular foreign visitors can see from these medieval walls a panorama of modern British life as within their domain is a thriving business and residential community.

Of particular interest to me is the medieval York Minster, which has in its stained glass windows one of the great British and international masterpieces - the Great East Window. This is the largest medieval stained glass window in the world. It is also awesomely beautiful and complex. The last restoration of the window cost someting like £18 million and took 12 years, which is testimony to how important it is considered to be by the British government.

Interestingly the window has been repaired by medieval craftsmen who signed their names and dates of birth on the glass. But medieaval craftsmen were supposed to be illiterate weren’t they? Maybe not.

The Great East Window is considered to be the British Sistine Chapel. 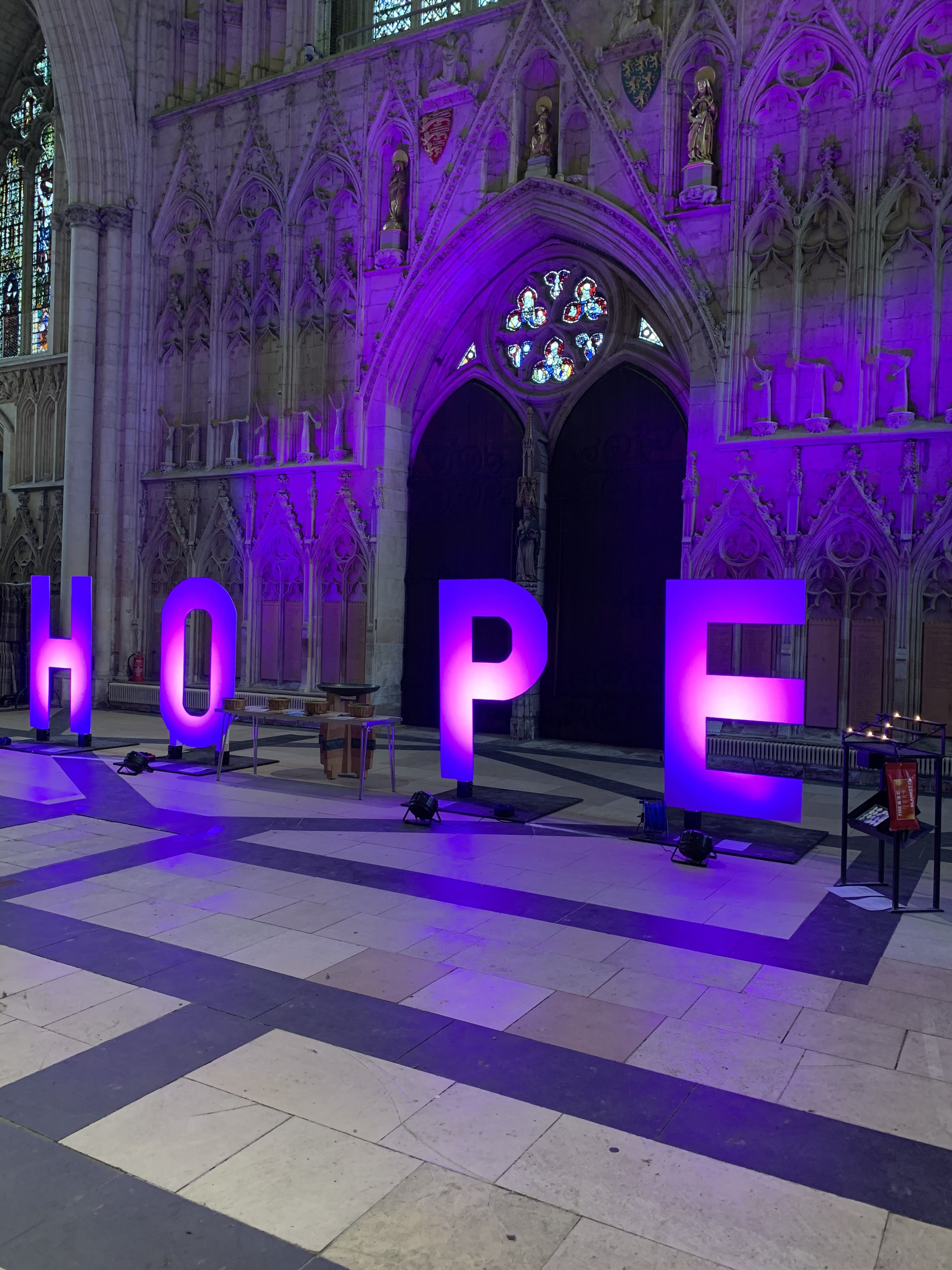 At a time of stress and tension caused by the CoronaVirus pandemic, the Minster featured an art installation which speaks for itself. As the pandemic worsens we all have a lot to hope for.

I first published this post on 14th March but since then the situation with the pandemic has worsened. Keep safe! 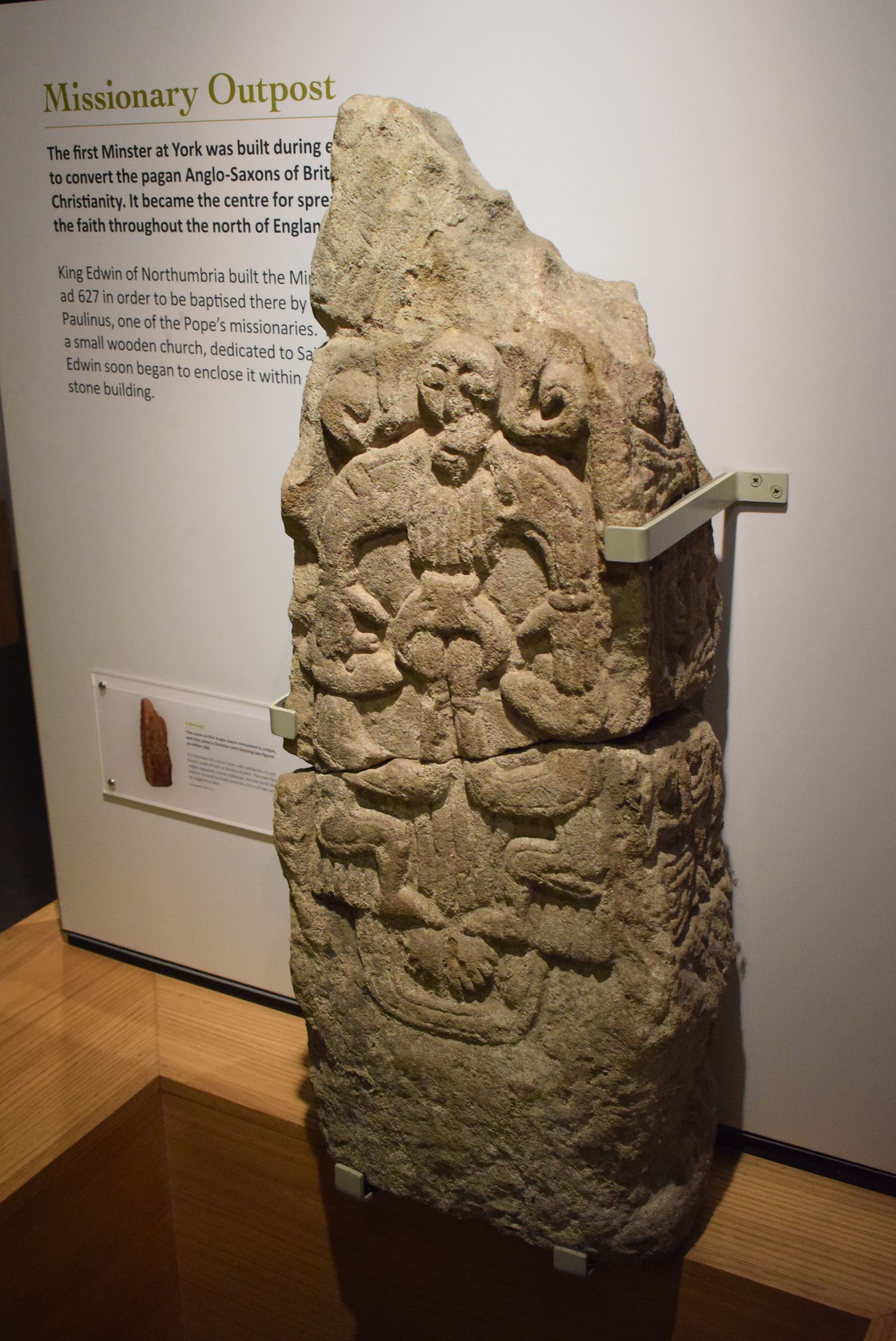 This carving is from the Anglo-Saxon era and shows how the original site of York Minster was a missionary church to bring the Christian faith to the Anglo-Saxons. One is tempted to say ‘Well good luck with that’, but the missionaries did succeed eventually. The Anglo-Saxons became devoutly religious and their kings, such as King Aethelberct, became evangelists for Christianity. 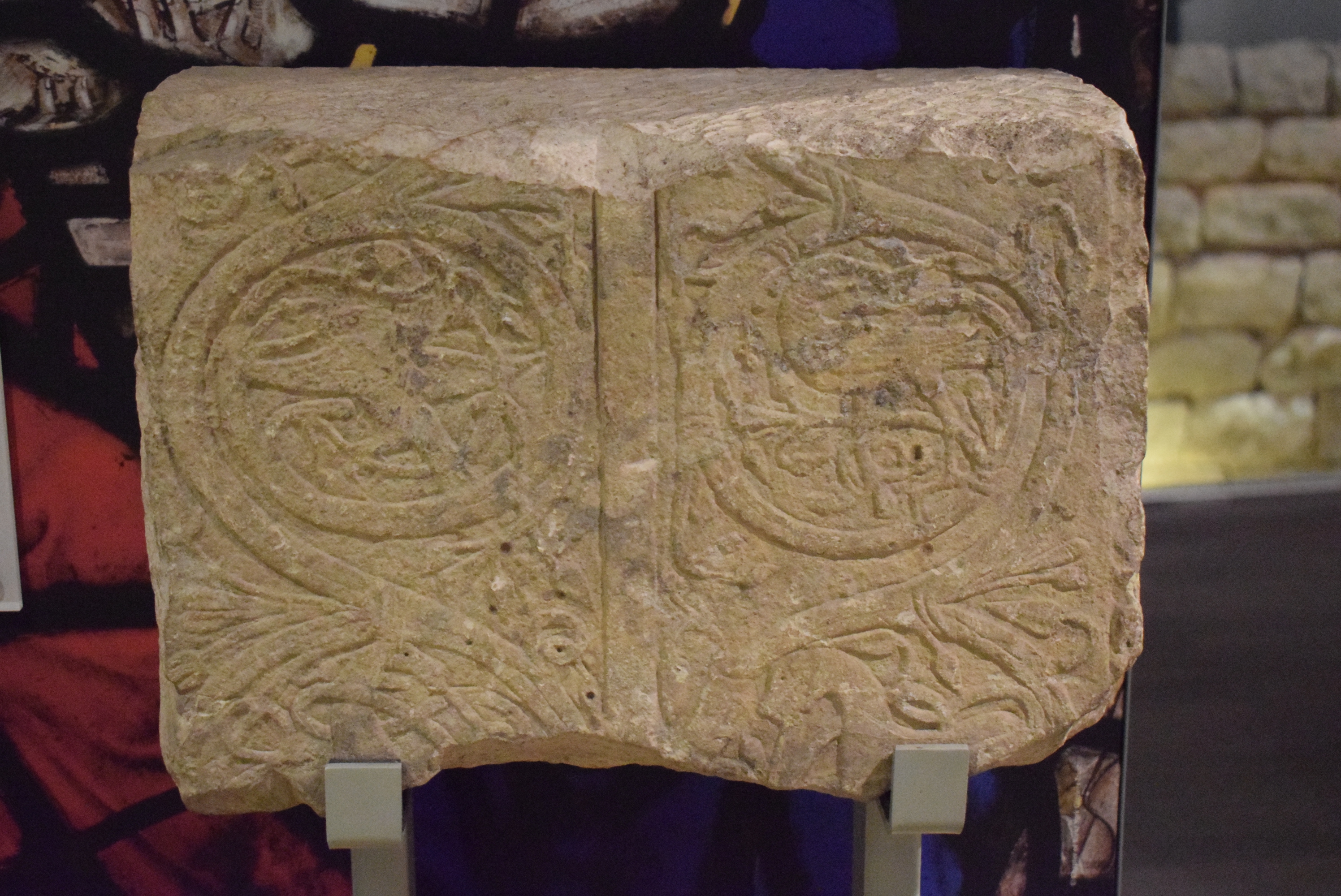 This carving shows a tree of life as understood by the Anglo-Saxons, a people capable of making elaborate art. The bird on the right is fascinating don’t got think? 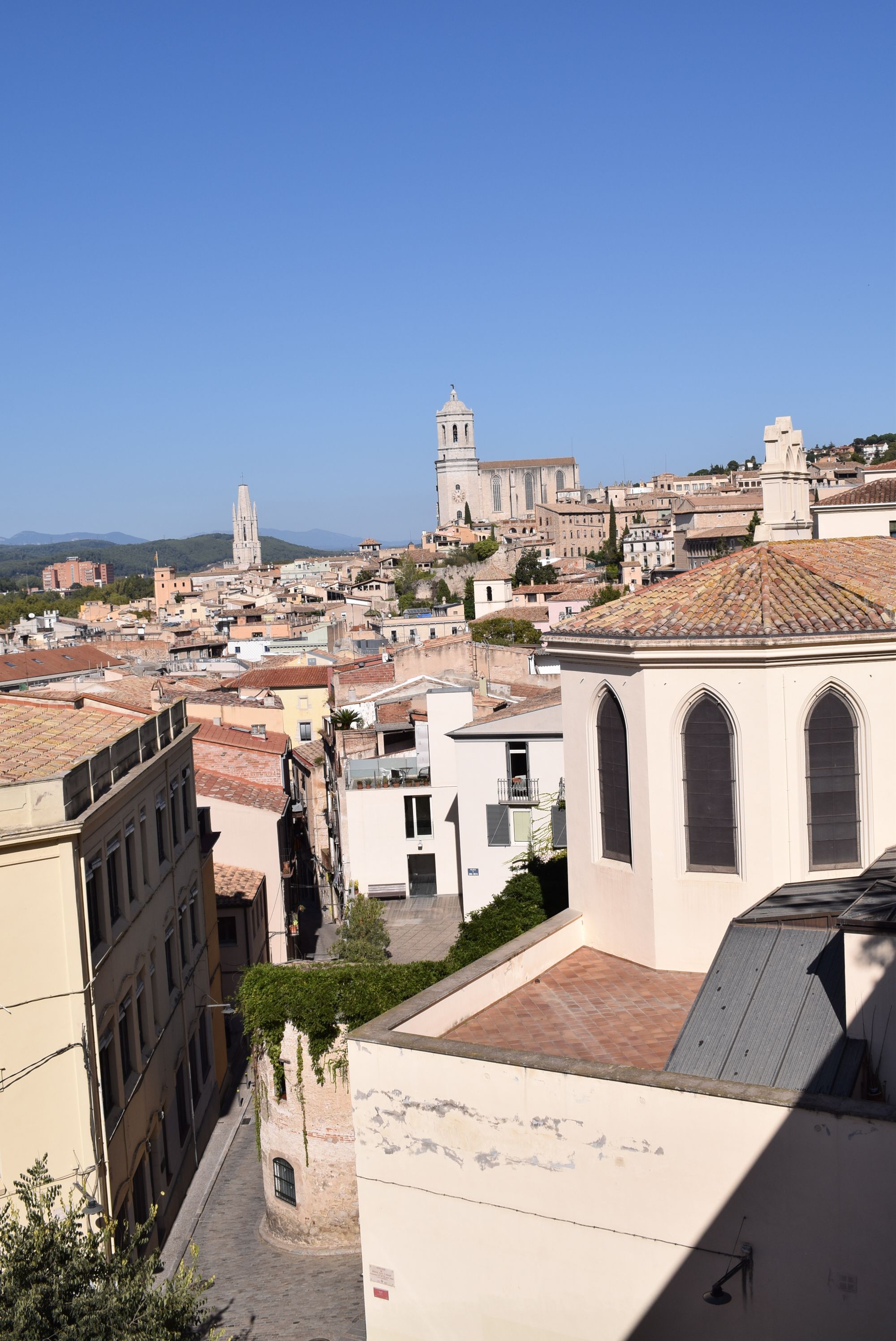 This figure decorated the wall of the officer’s quarters in the Roman military garrison which lays beneath the foundations of York Minster. It looks as if the figure gestures to us with outstretched hands.